The Best Initiative to Retain and Develop Talent Award was presented to the JJ team at the Women in Wholesale STAR Awards held on Thursday 10th October in London.

Judges applauded JJ’s Warehouse Women campaign, which has helped to attract more females into warehouse roles, commenting that the initiative was a ‘True industry first’.

Hot off the heels of the first Award, the JJ team scooped the Supplier Excellence Award at the Foodservice Cateys, which took place on Friday 11th October at the Park Plaza Westminster and is attended by many of the UK’s top caterers.

JJ was commended for its investment in Telematics to reduce carbon emissions and its Amazon-style ordering system, which has helped to dramatically improve the speed and convenience of deliveries.

Helping to secure a hat trick of accolades, JJ’s very own CEO Mustafa Kiamil picked up the Best Turkish Cypriot Business of the Year trophy at the Cyprus Turkish Cypriot Association Awards on Saturday 12th October at the Royal National Hotel in London.

Mr Kiamil, commented on the win:

“This was a fantastic opportunity to connect with many of our existing customers and the local Turkish Cypriot community. By chance, we even had two restaurant customers on our table. We’d like to thank our customers, suppliers and our team for their continued support.”

Judges were impressed with the rapid growth of JJ’s and its investment in technology to continuously improve service and sales over the past 30 years. 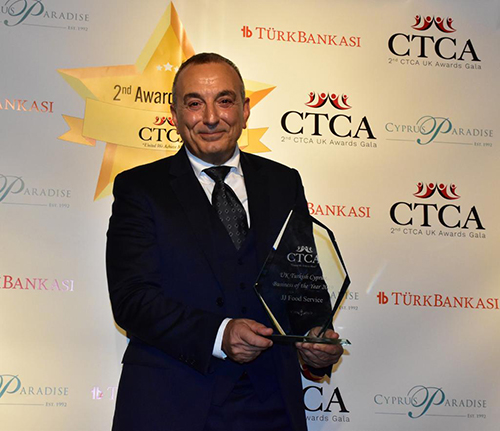 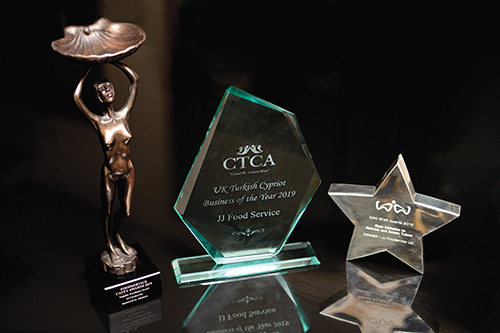