Quayside is the plaice to be for local school children

Pupils from West Cliff Primary School in Whitby recently paid a visit to one of the towns leading fish and chips restaurants and takeaways to find out about fish and seafood as part of Seafood Week 2019.

During a visit to Quayside, owned by Fusco’s of Whitby, the Seahorse class was invited to learn about the various species of fish we eat and the different ways to cook them. The children were also told about the importance of Marine Stewardship Council (MSC) certification and sustainability.

In addition, William Crooks from Dennis Crooks Fish Merchants held a live demonstration on how seafood should be handled and prepared. Stuart Fusco, Head of Quayside, also showcased the different species used at the restaurant, including squid, crab, gurnard, seabream, seabass, cod and haddock and how they are used to make different dishes, as well as fish and chips.

Stuart Fusco, comments: “It was an absolute pleasure to host pupils from West Cliff Primary, who were all enthusiastic, eager to learn and asked some great questions about protecting the seas and how we work here at Quayside. Seafood Week is a great campaign that we are always happy to support and what better way than by helping to educate local children about the importance of sustainability and eating different types of fish more often.”

During the school trip, the Year 4 class were also treated to a small portion of fish and chips each, as well as a goody bag from Quayside which featured an activity book, crayons and toys.

Stuart adds: “We would like to offer a huge thank you to William Crooks for helping out during the visit and to MSC UK and Seafish for kindly donating gifts to support the goody bags, which the children were all delighted with. We would also like to say thank you to the teachers and staff at West Cliff School for making the trip possible.”

Seafood Week is an annual, national campaign run by Seafish that celebrates the wide variety of fish and shellfish available in the UK. With a recommendation by the NHS to eat at least two portions of fish a week as part of a healthy diet, the aim of Seafood Week is to get more people consuming fish on a regular basis. For more information, visit http://www.fishisthedish.co.uk/. 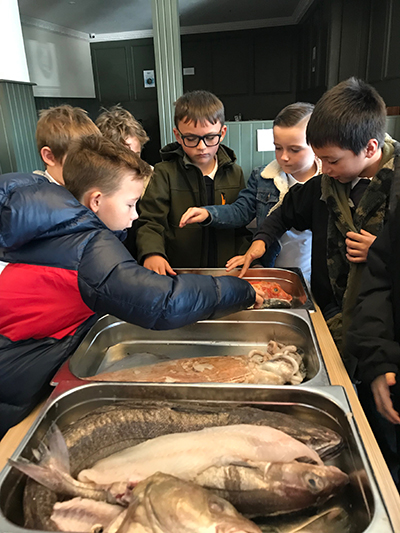 In 2013, Quayside, based on Pier Road, became the first fish and chip shop in Yorkshire to be awarded approval from the Marine Stewardship Council that the fish it serves is sustainably sourced. It was also crowned the winner of the National Fish and Chips Awards in 2014.

To find out more about Quayside, including restaurant and takeaway opening times and to view a sample of the menu, visit: http://www.quaysidewhitby.co.uk/. 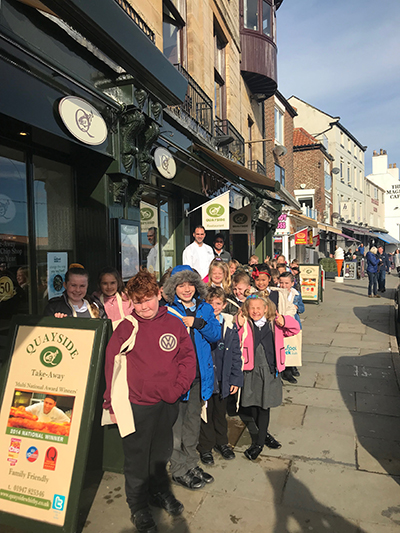