First Guests Get a VIP Preview of Elite on the Bail

Elite on the Bail – a brand new high-quality restaurant and takeaway offering traditional fish and chips and seafood in Lincoln’s historic Bailgate – opened its doors last night to give local businesses an exclusive preview before it officially opens next week.

Elite on the Bail, part of The Elite Fish & Chip Company, is an 80-cover fish and chip restaurant and takeaway which will serve a varied seafood menu on Wednesday and Thursday evenings and Fridays and Saturdays when it officially opens on Thursday 6th February.

Neighbouring businesses in the Bailgate and Steep Hill area were invited for a first look around The Elite Fish & Chip Company’s newest venture to sample canapé versions of some of the dishes which will be on offer, including crab arancini with Lincolnshire Red cheese and Alfred Enderby smoked salmon tarts with avocado purée caviar.

Over 90 guests attended the VIP preview night including The Mayor of Lincoln, Councillor Sue Burke.

Speaking at last night’s preview, the Mayor commented: “We’re delighted to be here tonight for an exclusive preview of the new restaurant and takeaway – it’s wonderful! We’re looking forward to visiting regularly for fish and chips and would encourage seafood lovers to come and try the stunning food which will be available.”

The City Sheriff of Lincoln, Jo Rimmer, added: “We’re very excited to have another fantastic business open in the heart of Lincoln – it’s really nice to see empty premises taken on and improved so much to create a fantastic new environment. Huge congratulations must go to the entire team!” 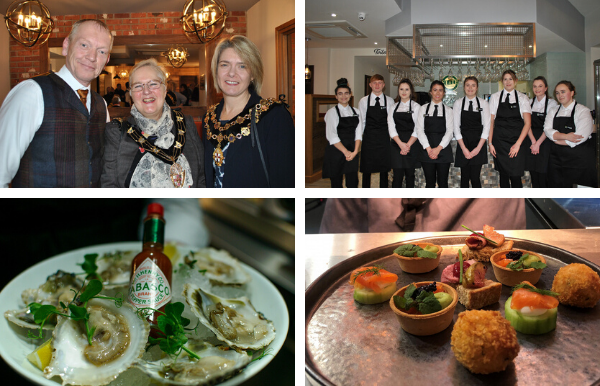 Neil Curtis, Director at A W Curtis Bakers and Butchers Limited, said: “The team have done a fantastic job on the refurbishment of the building – it’s nice to be here tonight to see just how much room there is. Elite on the Bail is a different type of restaurant and a welcome addition to Lincoln; we’re looking forward to having a nice new neighbour!”

Elite on the Bail’s menu features traditional fish and chips that have been served by The Elite Fish & Chip Company for over 30 years, as well as a varied seafood menu which will be offered as part of the restaurant’s fine dining element.

Adrian Tweedale, co-director at The Elite Fish & Chip Company, said: “A lot of blood, sweat and tears have gone into this project – and we’re so proud to finally showcase the next big step for our company.”

Myles Mumby, Head Chef at Elite on the Bail, has been appointed to prepare the seafood menu which will vary each week to offer dishes such as Richard Haward of Essex oysters grilled in the shell with Lincolnshire Red cheese and breadcrumbs as well as traditional bouillabaisse, prawns, squid, monkfish and mussels served with chargrilled sourdough. 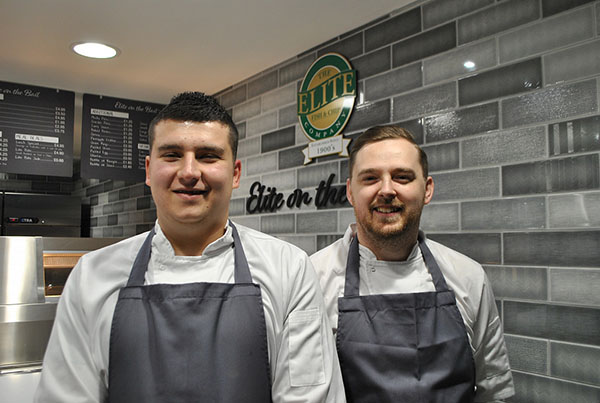