The Elite Fish & Chip Company celebrated 30 years in business in Lincolnshire by aiming to raise £30,000 for charity in 2018 – and smashed it!

The award-winning fish and chip chain, which has outlets in Lincoln, Sleaford and Ruskington, wanted to do something memorable in honour of the company’s 30th anniversary in 2018.

The Elite set a fundraising target of £30,000 to be divided equally across three charities – the RAF Association, the RNLI and Sleaford Dementia Support. 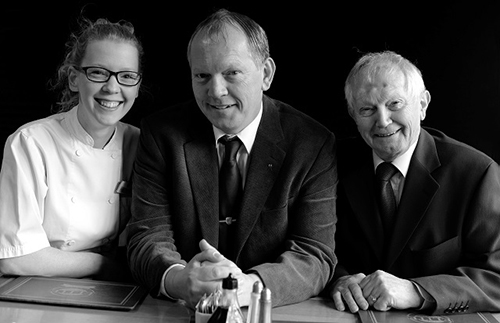 A year-long schedule of celebrations was planned as part of the fundraising efforts, which included live music evenings, competitions and a charity quiz. An exclusive beer, named by one of Elite’s customers, was also launched in collaboration with The Lincolnshire Brewing Company.

On Monday (13th May), Elite staff members and representatives from the three charities gathered at Elite’s restaurant and takeaway in Sleaford to hear the final count of £32,128.92.

Adrian Tweedale, Co-Director at The Elite Fish & Chip Company, said: “We are incredibly proud to have reached our fundraising target and delighted that we were able to make such a fantastic contribution to three charities that really mean a lot to us.

“It’s been 30 years since my mother and father set up the first Elite in the village of Ruskington in September 1988, and it’s been an emotional time for us as we reflect on 30 years in business. 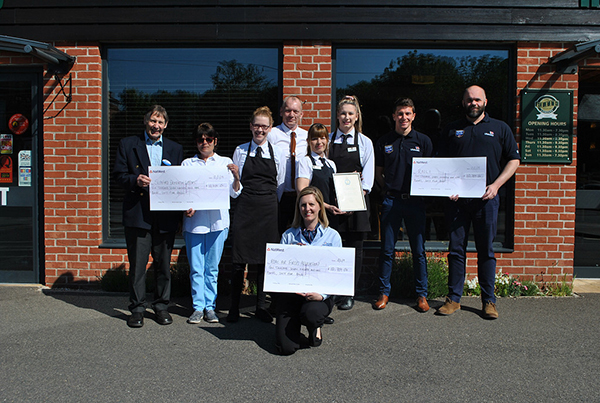 “As always, we credit our wonderful staff who work tirelessly every day to serve quality fish and chips with a smile, and a huge thank you also goes to our loyal customers who have selflessly donated to our fundraising efforts.”

Rachel Huxford, Director of Marketing, Fundraising and Trading at the RAF Association, said: “We are very grateful to Elite for choosing the RAF Association as one of its chosen charities. The money raised will be used to help serving RAF personnel, RAF veterans and their families when they need support.”

Rebecca Mezzo from Sleaford Dementia Support said: "It's just amazing that Elite have raised so much for our local dementia charity.  We'll be able to make such a difference to people with dementia and their carers from Sleaford and the surrounding villages. Thank you just doesn't seem enough.”

Daniel Cooper from the RNLI said: “We’re incredibly grateful for the ongoing support provided by Elite. Already this year, our lifeboats in Lincolnshire have launched over 25 times, and these launches wouldn’t be possible without such fantastic backing. The money Elite has raised for the RNLI allows us to continue our lifesaving work around the coastline of the UK and Ireland.”

The recent news follows a successful start to the year for the company, which earlier this year celebrated a double award win at this month’s East Midlands Federation of Small Businesses (FSB) Celebrating Small Business Awards 2019. The company also announced a new restaurant in Lincoln’s historic Bailgate which is due to open later this year. 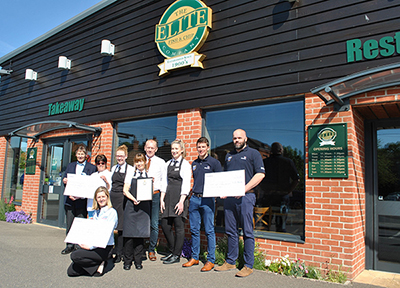