Domino’s Pizza Group has told the Competition and Markets Authority (CMA) its revised provisional findings into Amazon’s investment in Deliveroo “suffer from a critical flaw in logic” and has called for a series of conditions if the deal proceeds.

Domino’s said the deal would give Amazon “carte blanche” to increase its stake and rights in Deliveroo to 50%, potentially without “further CMA or European Commission intervention”.

Domino’s said this was despite the original CMA findings stating the 16% stake Amazon would have as part of the deal would substantially lessen competition.

In response, Amazon has argued acquiring or making a larger investment in Deliveroo wouldn’t lessen competition because it was unlikely Amazon would re-enter the online restaurant food delivery market in the UK while the parties’ grocery offerings were “fundamentally different”.

The CMA provisionally cleared the deal in April after Deliveroo warned without the cash injection it would have to cease operations.

Amazon was the lead investor in Deliveroo’s $575m funding round announced in May 2019. Its stake, thought to be worth about $500m, has been frozen by the regulator as it conducts an investigation into alleged competition concerns.

Domino’s said the CMA had also “failed to acknowledge let alone address the very serious substantive concerns” it raised in its original response that the transaction would result in Amazon “strengthening its ecosystem”.

Domino’s and its franchisees have called on the CMA to intervene “before these markets tip” to address its own assessment there has been “under-enforcement of merger control in digital markets”.

Conditions Domino’s has asked for include stopping Amazon from directly or indirectly increasing its equity stake in Deliveroo; preventing Amazon from gaining further shareholder rights or adding directors to the Deliveroo board; and engaging in cross-selling of products.

Just Eat Takeway.com has also called on the CMA to ensure Amazon reduces its stake in Deliveroo. Deliveroo said the CMA process had “imposed a significant burden” on the company and prevented it from “effectively competing” with its “much larger and well capitalised competitors to the detriment of consumers, riders and restaurants in the UK and other markets”.

It has urged the CMA to issue its final decision “as soon as possible”. Amazon stated: “Amazon considers an acquisition or larger investment in Deliveroo would raise no competition concerns in the online restaurant food delivery space. The standard of proof the revised provisional findings relies on is unjustifiably low and the evidence cited is sparse. Amazon’s general interest in online restaurant food delivery doesn’t support a conclusion that Amazon would have re-entered that space in the UK.” 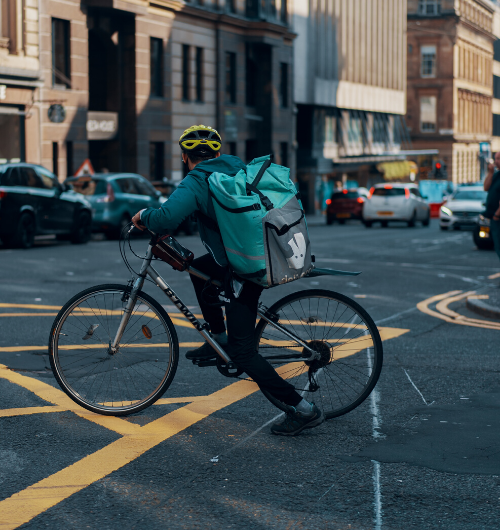