Consumers are hesitant about returning to pre-lockdown eating-out habits but there are signs take-up of the government’s Eat Out To Help Out scheme may be strong, according to research by guest experience management expert HGEM.

The study reveals less than one-fifth (16%) of respondents are eating out as regularly as they used to, while one-quarter (25%) still don’t feel safe enough to eat out at all. Of the more than half of respondents that fell between those two extremes, almost one-third (30%) said they had become used to not eating out and weren’t really bothered about returning, while more than one-quarter (28%) had eaten out once or twice for the novelty but didn’t plan to return very often.

There was a strong gender influence in the figures, with women significantly more hesitant than men.

In terms of age, millennials emerged by far the most confident but, while confidence slides gradually with age, Generation Z bucked the trend and showed a similar profile to those in their 50s.

However, almost half (48%) of respondents said they would “definitely” take advantage of the government’s Eat Out To Help Out scheme next month, with almost two-fifths (39%) “possibly” taking advantage.

HGEM managing director Steven Pike said: “Many operators will recognise the degree of hesitation expressed by our respondents. There’s a big group in the middle waiting to be tempted out. However, the statistics on likely take-up of Eat Out To Help Out suggest habits aren’t set in stone and people will come out if given a reason to do so. The age and gender profiles may signal to marketers where the greatest opportunities lie for conversion.” 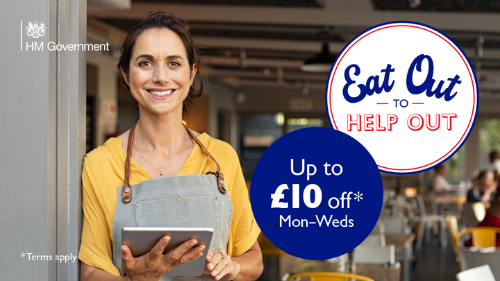