Some 18% of diners who used the Eat Out To Help Out initiative will return to restaurants they would not have otherwise visited without the incentive.

Research from Barclaycard Payments also showed spending in UK restaurants and fast food outlets was up 34.2% on Mondays, Tuesdays and Wednesdays in August, compared with the same days in July.

The data also found the number of transactions grew by 33.7%.

However, the average transaction value on Mondays to Wednesdays remained fairly stable, rising from £11.85 in July to £11.91 in August, but this also took into account the £10 discount per person so customers ordered more food and non-alcoholic drinks for a similar spend total.

Barclaycard Payments chief executive Rob Cameron said: “Consumer feedback has also been very encouraging, with almost one in five (19%) planning to continue dining out more often to support the industry, and a similar number saying that they will return to restaurants they would not have visited otherwise. Restaurants across the UK will be looking to maintain this boost in trade, especially with the Christmas period now in sight.” 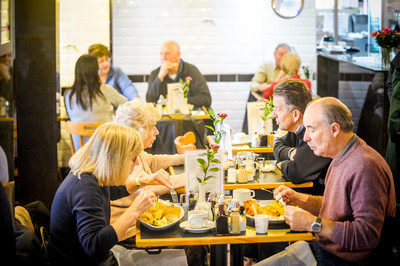