Almost three-quarters (73%) of UK consumers have said they will dine out within days or weeks of the sector reopening and 60% expect to pay slightly more for their meal, according to new research by restaurant intelligence platform Yumpingo.

A third (34%) of consumers said they will try to visit outside of peak times, which Yumpingo said could help operators even out spikes and troughs in demand across the week.

More than half (57%) of consumers said they would happily visit restaurants and bars as long as social distancing measures are being observed.

Only a small minority of diners (7%) plan to forego eating out until a vaccine is available.

Diners expect a narrower range of menu options to be offered, which Yumpingo said indicated menu optimisation efforts would be readily accepted. Diners expect to be served by fewer waiting staff while 60% expect to pay slightly higher prices, perhaps in acknowledgement of the financial difficulties publicised in the industry, Yumpingo said.

Although diners are keen to return to venues, health and safety is a top priority. Almost half (47%) said one of their key criteria for choosing where to dine will be a restaurant’s social distancing policies exceeding the legal requirements.

To that end, almost all (92%) would consider using their own device to view menus, order and pay to counter their concerns over traditional restaurant contact-points such as cash (49%) and touching menus (40%).

Consumers were less concerned about interactions with staff (23%) or servers handling tableware (36%).

Yumpingo founder and chief executive Gary Goodman said: “It is welcome news for the hospitality sector diners in the main aren’t going to put off eating out, even though they will exercise some caution in their approach. Traffic will move from peak dayparts to a broader spread across the day as guests socially distance on their own terms. This coupled with a general acceptance of a pared-back menu should help restaurants transition to a lower operating model as they reopen.” 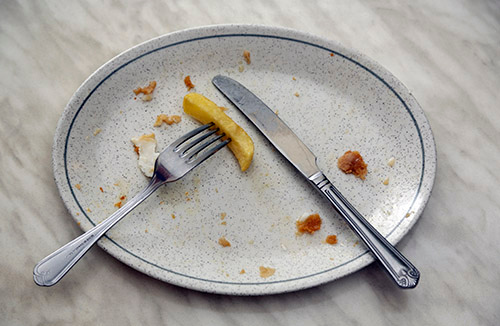