Online food ordering company Takeaway.com has won the battle for the UK-listed Just Eat with a £5.9bn all-share offer.

The deal will create one of the world's largest meal delivery companies.

Dutch delivery firm Takeaway’s offer, which involves an all-share merger with Just Eat worth 916p per share, received valid acceptances representing about 80.4% of the voting rights of Just Eat as of the 1pm deadline today (Friday, 10 January).

Takeaway.com stated: “Takeaway.com is pleased to announce the acceptance condition has been satisfied and the increased Takeaway.com offer has become unconditional as to acceptances.” Chief executive Jitse Groen said: “I am thrilled our offer for Just Eat has now formally reached an acceptance level of 80.4%. I wish to thank everybody involved but especially the Just Eat staff for their patience in what must have been an uncertain time. Just Eat Takeaway.com is a dream combination and I look forward to leading the company for many years to come.”

Takeaway.com has been involved in a bidding war with Prosus to buy Just Eat, with both companies making a number of offers since Takeaway.com struck a management-backed deal in August.

Takeaway.com, whose shareholders approved the deal on Thursday (9 January), tabled its “final” 916p-per-share offer last month only minutes after Prosus made an improved offer of 800p a share. At the time, Takeaway.com said Just Eat shareholders would own 57.5% of the combined group as part of the bid, up from 52.12% under its previous offer.

Takeaway.com also said it would sell Just Eat’s stake in iFood following completion of a merger, returning 50% of the proceeds to shareholders in the new business. The increased Takeaway.com offer will remain open for acceptance until further notice and Takeaway.com expects the offer to be declared wholly unconditional no later than Friday, 31 January.

The combined firm will have 23 subsidiaries, mostly in Europe but also in Canada, Australia and Latin America.

Just Eat was founded by a group of five Danish entrepreneurs in 2000 and launched a year later. It employs 3,600 staff globally.

As well as the Just Eat brand in Europe, it trades as Skip The Dishes in Canada, iFood in Mexico and Brazil, and Menulog in Australia and New Zealand.

Just Eat is listed on the FTSE 100 stock exchange in London. 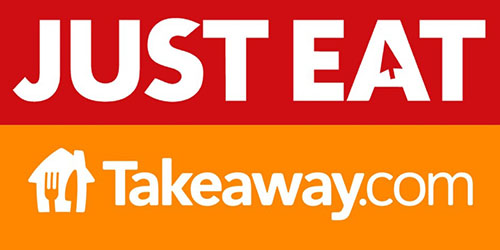