Shepherd's Pie or Fish and Chips? The Most Popular British Dishes

From simple, tasty looking street food to a perfectly presented restaurant dish, sharing pictures of food on Instagram has almost become a ritual for some of us - even if it risks our meal getting cold!

With this in mind, Thuisbezorgd.nl applied their food expertise to discover which British food staples are most popular on the Instagram feeds of foodies by finding the total hashtag count for each dish.

What are the most Instagrammable British foods?

In first place, fish and chips is the most popular British dish on Instagram. From old school chippies’ to restaurants’ modern adaptations, this emblematic British dish has received a whopping 1,773,503 hashtags on Instagram to date - over 8 times more than shepherd's pie which comes in third place!

Sunday roast follows behind in second place. The 1,028,049 hashtags that this classic received on Instagram, proves that it has become more than just a traditional Sunday lunch amongst Brits: it’s now a hit amongst foodies on Instagram too.

Shepherd's pie places next on our list. With 210,836 hashtags to date, this comfort classic is a feast for Instagrammers' eyes: buttery and creamy mashed potatoes with bubbling melted cheese on top of succulent meat in thick gravy.

Steak and ale pie did just enough to take the last spot on the top ten. This staple of pub food, made with beef, vegetables and brown pale ale has been tagged 13,878 times on the ‘Gram.

The most Instagrammable dishes per continent

The study revealed that pizza is the most Instagrammable food in Europe with an impressive 86,380,378 hashtags to date. The versatile nature of pizza toppings means that every culture can put their own twist on the classic.

45,136,853 hashtags place sushi behind pizza in the world rankings and at the top of the list in Asia. Jumping across the Indian Ocean to Africa, the street food shawarma (1,158,451 hashtags) is the most Instagrammable dish in the region.

In North America, burgers are the most popular dish with 33,054,250 hashtags. In South America, asado is the most Instagrammable dish. This feast of various meats grilled to perfection over fuego lento has received a whopping 3,004,784 hashtags to date.

On the opposite side of the globe in Oceania, the Australian classic meat pie claims the top spot with 266,868 hashtags to date. 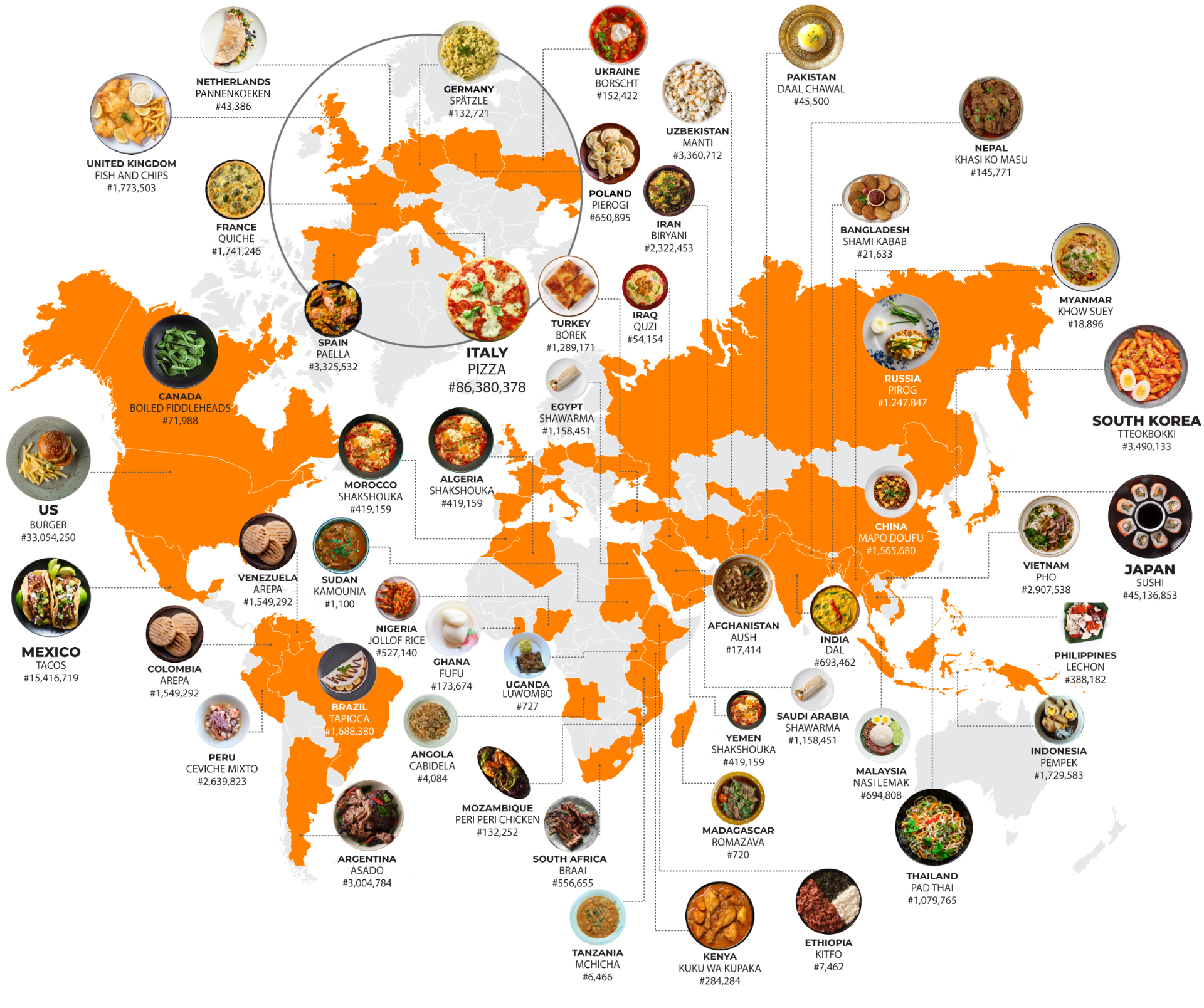