When Sam relocated from London looking for a new challenge, he bought a traditional chip shop and restaurant, Oceans 52 in Epworth, Lincolnshire. Gathering the knowledge he needed through NFFF courses as well as working alongside award winners in the industry, he set about totally revamping the business.

The shop was completely redesigned, but in a style sympathetic to the grade 2 listed building. At the centre was a new 3-Pan Hewigo High Efficiency range. “Hewigo not only supplied a marvellous range but have been helpful in our development“ says Sam. “Right from the start the suggestions they made were spot on and every promise was kept. The High Efficiency is delivering savings all the time.”

Almost to the day that Oceans 52 re-opened the nation went into lockdown. However the restrictions placed by Covid-19 proved not to be a huge stumbling block. “Naturally we had to close the restaurant but remained open on the take away and adapted with the installation of ‘Click and Collect ‘. “I can see this becoming a very important part of our business.” adds Sam, who is helped in the business by wife Suky and 6 staff.

Oceans 52 reputation is growing quickly with regular customers coming from further afield and is now recognised as one of the best in the Isle of Axholme.

Phillip Purkiss MD of Hewigo(UK) says “It is no accident that Oceans 52 has become such an immediate success. Sam has listened to respected figures in the trade and has combined this with his own business knowhow and new ideas.” 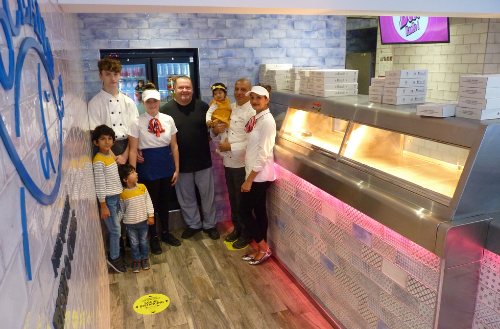