Richard Ord, owner of Colmans Fish & Chips and Colmans Seafood Temple in South Shields, has been awarded an MBE in the Queen’s New Year’s Honoursfor his services to the hospitality industry and regeneration in South Tyneside.

Richard, 66, started cutting fish at Colmans Ocean Road in 1969, aged 15, when fish and chips cost just 10p. At the time, he was the fourth generation to have worked in the family business, which started out as a beach shack in 1905 and moved to its current premises in 1926.

Clocking up over 50 years’ service in fish and chips and the hospitality industry, Richard’s hard work, skill and commitment to quality has seen Colmans grow in size and stature to become a landmark for fish and chips and seafood. His focus on sustainability and the environment, meanwhile, has resulted in Colmans breaking new ground, becoming the first MSC certified fish and chip shop in England, the first winner of the Good Catch Award, and featuring in prestigious restaurant bibles.

Richard has been called upon many times to serve fish and chips at high profile events such as the Queen’s Birthday celebrations in Guatemala in 2008, and at the British Ambassador’s Residence, Villa Wolkonsky, in Rome in 2009.

In 2017, Richard bought the derelict bandstand on South Shields beach, known locally as Gandhi’s Temple, turning it into an award-winning seafood restaurant and one of the most unique dining rooms in the country. Now in the hands of Richard’s wife Frances and fifth-generation sons of the family, Richard and Dominic, Colmans Seafood Temple has caught the imagination of people all over the country, increasing visitor numbers to the area and driving tourism.

Commenting on his MBE, Richard says: “I’m absolutely thrilled and shocked. I never imagined in a million years I would be put forward for something like this but I’m very grateful for those that did. To me, I’ve done no more or no less than anyone else, I just go to work and do what I’ve always loved doing.

“After such a difficult year for everybody in the hospitality industry, it’s just wonderful news.”

Richard has been an ambassador for the fish and chip industry, raising it to new heights and training hundreds of young friers and chefs. He is also responsible for pioneering an open door policy, inviting others into his business to learn, something that has benefitted the careers of hundreds of other chefs today and which many other shops now do too.

Recognising his services to hospitality, Richard adds: “I would like to think I’ve contributed somewhat, I’ve always encouraged others and tried to pass on our expertise and knowledge, to lead the way and do the right thing.

"The fish and chip industry has progressed hugely over the years, it’s much more environmentally aware and professional than when I first started. And, contrary to belief, fish and chips are far better now than what they were 50 years ago. The product, the packaging, the surroundings and the service, it’s been elevated to a whole new level. I love it and I can’t imagine myself ever doing anything else.”

Speaking about the success of Colmans Seafood Temple, Richard adds:

“It’s always been our family philosophy, our ethos so to speak, to be a social, economical and charitable asset to our borough. With The Temple, we’ve kept the integrity of the building so everybody still recognises it and the response we’ve had has been overwhelming.”

Dedicating his MBE to his wife Frances, his sons Richard and Dominic, and his customers, Richard adds: “This award is for my family, our team and all the wonderful customers Colmans has served over the past century - which I can only imagine is in the many millions. Without their support, none of this would have been possible. Our customers are paramount and I thank them from the bottom of my heart.”

The NFFF are delighted Richard Ord has been recognised in the New Years Honours List and has been awarded an MBE.  Richard, of Colman’s of South Shields and Colman’s Seafood Temple has made a huge difference to the fish and chip industry in a career spanning 50 years.  Richard was awarded the NFFF Order of Meritorious Service in 2019 and the Outstanding Achievement Award at the National Fish and Chip Awards 2020.

NFFF President Andrew Crook said upon hearing about Richards MBE, “I cannot think of anyone more deserving of the Honour, Richard has always opened up his business to inspire others and the first every young fish frier group visit was to Colman’s. His support of the industry and the NFFF has been unwavering. On a personal level it was Richard that convinced me that I should take on my current role and has always been there for support.  I  was absolutely delighted to hear the news and look forward to celebrating together once we are able, it's a very positive end to a difficult year for all!”

Richard also served on the NFFF Board and was one of the first fish and chip businesses to gain MSC Certification. A true legend of the fish and chip industry. 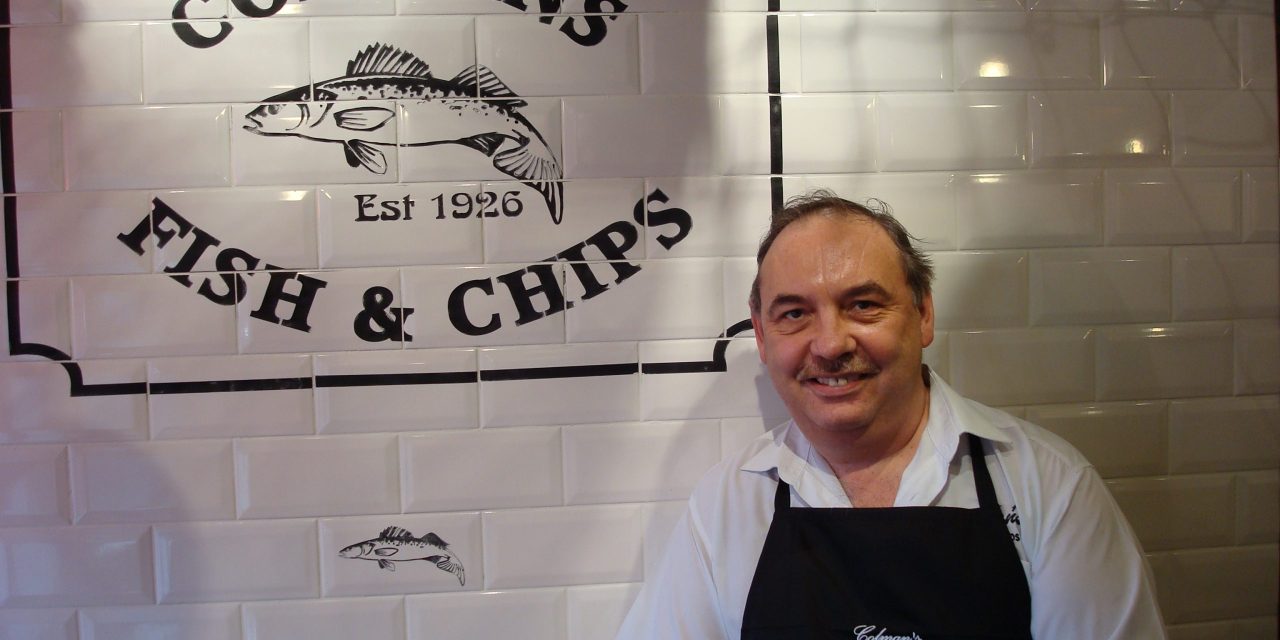