Racing Potatoes - & the Chips were Free!

A bumper crowd lined the streets despite the rain as the teams smashed it over a half mile potato racecourse in Ely high st. The Ely Potato Race akin to Monaco is the most famous potato street race in the world, and one of the quirkiest events in the UK!

A two-man Atrium gym team were crowned worthy men’s champions running with 20Kg of Jonathan Waters potatoes, whilst the Divaa Girls stole the women’s crown (running with a bag of Divaa Potatoes), both taking home the trophy and £100 in prize money.

The eighth annual potato race is organised by Isle of Ely Produce to celebrate the region’s potato growers and the local harvest festival.

Isle of Ely produce director Oliver Boutwood said: It was lovely to see so many people coming out to support the teams today. “We are happy to play such an important part in the community and will continue to invest in these types of events in the future.

“The event underlines our pledge to support the journey of the potato from the field to the frier.”

New for 2019 was the addition of a mobile chippy ‘Pimp my Fish’ from Newmarket. They served fresh free local chips for the duration of the races. 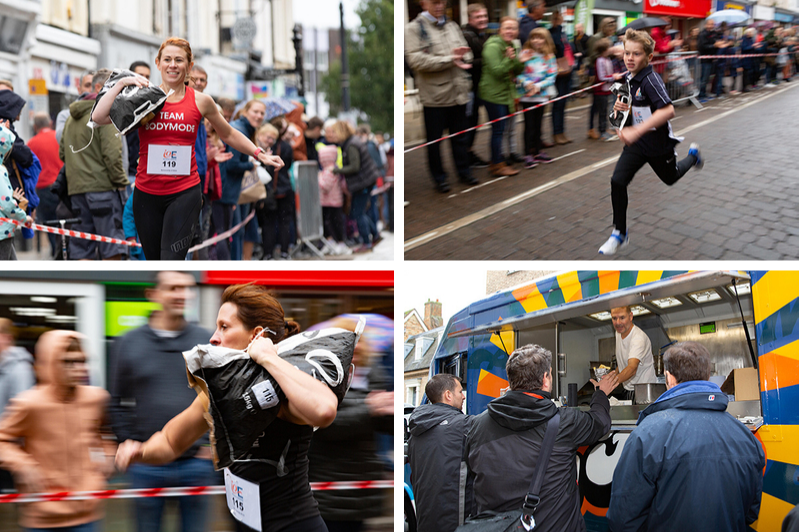 More than £1500 was raised for local charities some of which will go to the Ely Hereward Rotarians who helped steward the event along the high street. The rest will be giving to the Ely Mayor’s Charities.

Alongside the three winning teams were twelve other teams who competed in what was hailed the most keenly contested race yet. Their were ambulance drivers, panto dames teachers and even a team all the way from Weymouth competing.

Austen Dack, of organisers Isle of Ely Produce, said: “It was a fantastic set of races again this year with some great free chips to keep the crowd warm, we look forward to welcoming everyone back again next year.”

All competitors got to keep their potatoes as part of their entry fee.

Photographs for the event are provded by Terry Harris 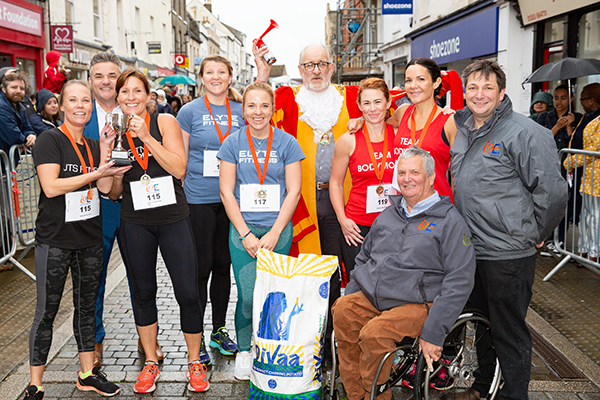