Quayside, one of Whitby’s leading fish and chips restaurants and takeaways, owned by Fusco’s of Whitby, marked 20 years in business by setting up a special ‘exhibition-style’ display showcasing the highlights of its past two decades in its restaurant on Pier Road.

This was revealed at the first ever Whitby Fish and Ships Festival on 18th and 19th May, which celebrated the very best of the seafood industry for which the town is renowned.

Quayside also sponsored the festival’s angling competition and donated a £1,000 prize which was awarded to the person that landed the heaviest single fish during a tense six hour open event.

The winner, Malc Skelton, was presented the prize fund by special guest and Celebrity Chef Jean-Christophe Novelli, at a ceremony held in Quayside’s restaurant on Sunday 19th May. Here, staff, entrants and spectators also raised a glass to the business reaching the impressive 20 year milestone. 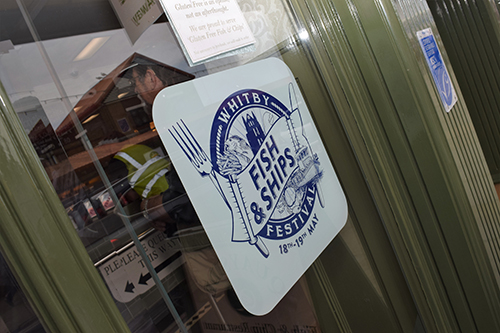 Stuart Fusco, Head of Quayside, comments: “The first ever Whitby Fish & Ships festival was a roaring success and a great way for us to mark what has been a fantastic 20 years in business. We would not have reached the milestone had it not been for a fantastic team of staff, who we would like to thank for their continued support.”

The award winning eatery also hosted a colouring-in and spot the difference competition for children over the course of the festival, with the chance to win a family meal for four people.

Stuart adds: “As a family business we feel it is important to give something back to our suppliers, partners, customers and community, as way of thanks for their loyalty over the years. Sponsoring the angling festival and offering a fun competition for customers to take part in as a family was the ideal way for us to do just that.”

In 2013, Quayside, based on Pier Road, became the first fish and chip shop in Yorkshire to be awarded approval from the Marine Stewardship Council (MSC) that the fish it serves is sustainably sourced. It was also crowned the winner of the National Fish and Chips Awards in 2014. 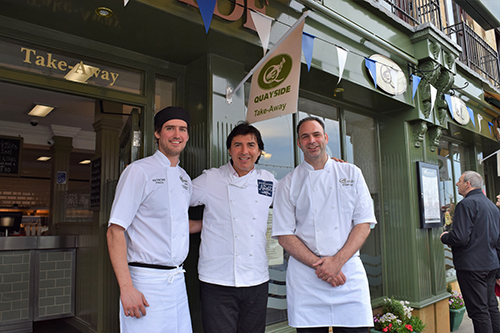 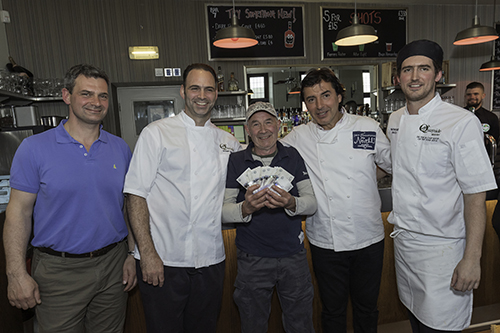