The Prime Minister began by drawing on the address given earlier today by the Deputy Chief Medical Officer on the ‘stark reality’ of the second wave. He reiterated that the number of cases has quadrupled in the last three weeks, that there are more people in hospital with Covid-19 than when Britain went into lockdown in March and that deaths are rising.

He made clear that despite the rise in cases, he does not believe in a national lockdown which would ‘deprive children of their education’ and ‘do such damage to the economy as to erode Britain’s ability to fund our NHS’. However, the Prime Minister asserted his strong opposition to the suggestion that Britain should ‘abandon the fight’, citing the strain that a second spike would put on the NHS. He advocated for a ‘balanced approach’ and reiterated that current measures had already been working to reduce the R value.

The Prime Minister acknowledged that the local approach currently in place has produced different sets of rules which could be complex to follow and enforce. The aim of the new system is to simplify these local rules in the form of a three-tier system.

The Prime Minister asserted that in areas classed as ‘very high’, the Government will work with local government leaders to agree additional measures. These could see further restrictions on the hospitality, leisure, personal care and entertainment sectors. However, retail, universities and schools will not be subject to restrictions.

Liverpool is the first region to be moved into the ‘very high’ alert level. From Wednesday bars and pubs will close as well as gyms, leisure centres, betting shops, adult gaming shops and casinos.

Johnson also promised additional support to local authorities around England, with the provision of an additional £1billion in new support on top of the existing £3.6 billion Towns Fund.
In areas categorised as ‘very high’, the Government will provide additional funds for further testing, test and trace, enforcement and armed forces assistance to support local services if desired.

Local alert levels will be debated and voted on tomorrow before coming into force on Wednesday. The Prime Minister promised a constant review of measures, including a four-week sunset clause on interventions in very high areas.

The Prime Minister promised that it would be possible to postcode search on gov.uk or via the NHS app to find out what alert level applies in each area and that the Government would be publishing new guidance for the extremely vulnerable. 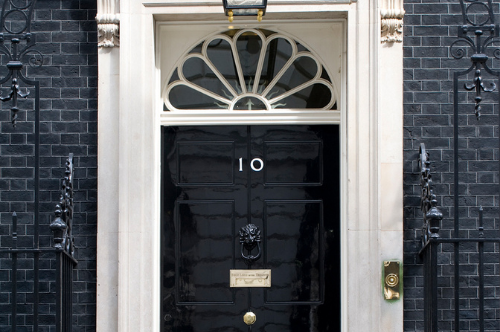