The NFFF were saddened to learn of the passing of Cathryn Cardus who died on the 27th January 2020 in Warrington Hospital. Cathryn, former President of the North West No 2 Area, and her husband Kenneth, previous Executive Councillor until 1991, were heavily involved with the Federation.

This picture was taken from the front cover of the 1996 May issue of the Fish Friers Review when Cathy spoke about becoming the first woman to serve as president of the north West Area Council.

Our sincere condolences go to Kenneth and family 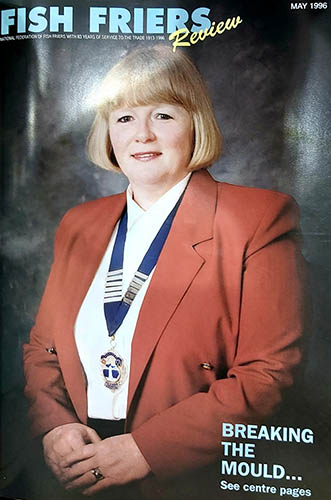