A North Yorkshire chippie has joined the top 50 luxury brands in the world after being signed up by a digital payment provider.

Thanks to international publicity surrounding Scotts Fish and Chips becoming a magnet for Chinese tourists, it has been sought out by JGOO, a next generation payments provider, connecting Western brands to Chinese shoppers and tourists.

And, because of this association, it can rightly rank itself alongside such names as Harrods, Harvey Nichols Selfridges.

JGOO is the UK official partner with WeChat Pay and Alipay – the favoured digital payment system of hundreds of millions of Chinese shoppers, and provides a payments gateway for Chinese tourists to pay for British goods when visiting the country.

Twelve months ago, Scotts became a household name not only in this country, but around the world, when it became the chippy of choice for scores of coach parties passing through Yorkshire.

To achieve this status, owner Tony Webster teamed up with Chinese national Will Zhuang - who manages Chinese social media for Visit York and Leeds City Region - to help promote his venue to Chinese tour groups in China planning UK visits.

The marketing strategy they devised saw Scotts launch a Chinese website on Weibo, using the Wechat messaging app because Facebook and Twitter are banned in the China, and translate its menu into Mandarin and Cantonese, which can be downloaded on smartphones and tablets via a QR code.

On the back of this tactic, Scotts owner Tony Webster was approached by a consortium of Chinese businessmen keen to recreate Scotts in the southern Chinese city of Chengdu, which is set to open this year.

And, thanks to the renewed publicity generated by Scotts China, Tony was approached by JGOO who were keen to install its payment system in his fish and chip shop. 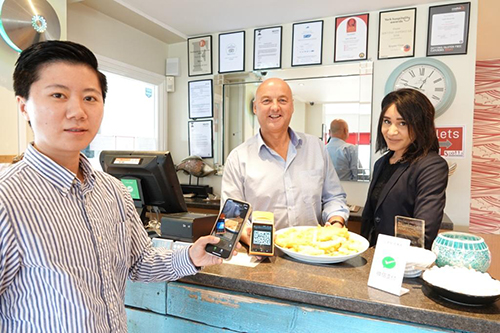 Tony Webster said: “Our reputation with Chinese tourists is growing by the week,  only recently when I asked one party why they had visited us, the answer was ‘because you are famous’!

“WeChat is used by the top 50 luxury brands in the world – and now I’m very proud to say that our chippie, beside a busy North Yorkshire dual carriageway, has joined this illustrious band. It’s simply incredible.

“Thanks to the mountain of publicity – both at home and abroad – the JGOO team contacted us asking if they could install their payment system in Scotts.

“Because it partners with WeChat Pay and Alipay, the preferred digital payment system of hundreds of millions of Chinese shoppers, I was more than happy to oblige, as it will be an added attraction to Chinese customers.”

Richard Morecroft, Director and Co-Founder of JGOO said: “We offer the opportunity for British companies to engage effectively with one billion Chinese citizens.

“China represents a huge opportunity for British businesses, but many have failed to tap into this or even consider it.

“This is changing – perhaps fuelled by Brexit – and we are seeing a growing list of enquiries from British businesses. Scotts Fish and Chips is the latest addition to our list of clients’, and we look forward to working with them to support their growth.” 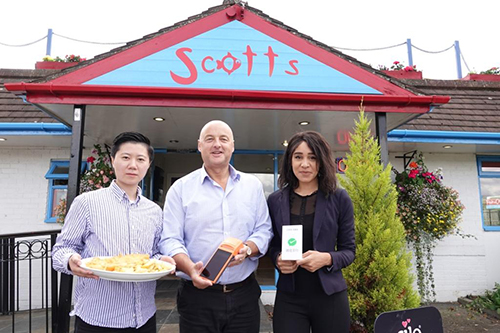