Leeds United deliver light hearted response to a rival football fan after their new player was criticised for moving to the 'fish and chips' country.

The English Premier League side were linked with Rennes winger Raphinha on Monday and it all looked set to be done, something that didn't go down well with one football fan.

One French football fan took to Twitter to complain about the Brazilian's move to England, saying, "#Raphinha he can play the #LDC and have visibility at European level but instead of staying in Rennes, which has a great sporting challenge, he prefers to go and play in a second-rate club in England without a European Cup….” The tweet then went ono to make a reference to fish and chips. 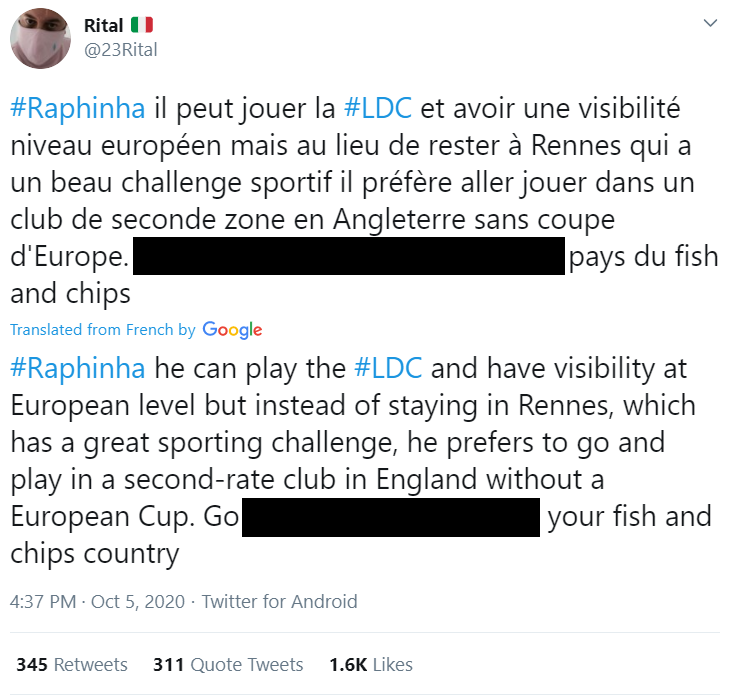 The tweet went viral and was clearly spotted by the Leeds United social media team before the transfer to be announced on Monday night.

Leeds United took to Twitter themselves with a picture of the contract ready to be signed alongside a plate of fish and chips. 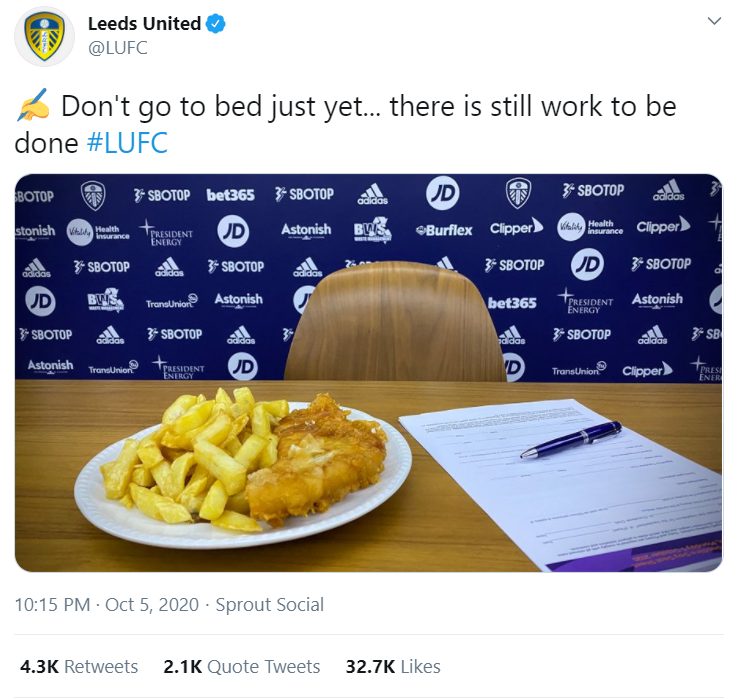