Fish Box visitors in for a royal treat during victorian weekend

Fish Box in Robin Hood’s Bay is inviting residents and visitors to join them for a special morning of tea and cake with ‘Queen Victoria’ in support of The Fishermen’s Mission.

Held in collaboration with Robin Hood’s Bay’s annual Victorian Weekend, ‘Queen Victoria’, will visit Fish Box on Bay Bank, the express-style fish and chip restaurant and takeaway owned by Fusco’s of Whitby, from 10:30am to 11:30am on Saturday 7th December.

All proceeds raised from the sales of hot drinks, cakes and mince pies throughout the morning will be donated to The Fishermen’s Mission, the only national charity that works solely with both active and retired fishermen and their families; providing emergency and welfare support 24 hours a day, 365 days of the year.

Adrian Fusco of Fusco’s of Whitby, comments: “The Robin Hood’s Bay Victorian Weekend is a fantastic event that we look forward to taking part in every year. We’re excited to welcome ‘Queen Victoria’ to Fish Box once again and invite as many people as possible to join us to help raise vital funds for the Fisherman’s Mission, a charity we have supported for many years.”

During the free event, Fish Box will also host a special prize-giving for pupils of Fylingdales C of E VC Primary School, who entered the Fish Box colouring in competition, with ‘Queen Victoria’ announcing the winners at 10.30am.

The 2019 Robin Hood’s Bay Victorian Weekend takes place from Friday 6th to Sunday 8th December. Organised by the RHB Tourism Association, the weekend will include lots to see and do with Christmas lights, decorations and trees lit up across the village and visitors and residents dressed in traditional Victorian costumes.

Other activities taking place also include a visit from Santa, Welly-throwing on the tennis courts, Victorian games, a Christmas card competition, a costume competition, a Sheep Hunt and talks about the Dickensian era and Smuggling in Victorian times.

Fusco’s of Whitby is a family run business, with fish and chip outlets in Whitby and Robin Hood’s Bay including Quayside, Royal Fisheries, Fish Box Whitby and Fish Box Robin Hoods Bay; as well as the Whitby Fish and Chips catering trailer.

All four of Fusco’s of Whitby’s restaurants and takeaways, including Fish Box, hold the NFFF Fish & Chip Quality Award, a scheme which aimed at improving standards and rewarding shops that provide top quality fish and chips in a clean, hygienic and safe environment.

For information about Fishermen’s Mission, visit http://www.fishermensmission.org.uk/. To find out more about The Robin Hood’s Bay Victorian, visit https://www.robin-hoods-bay.co.uk/whats-on.

For details about Fish Box, including restaurant and takeaway opening times and to view a sample of the menu, visit: http://www.fishboxwhitby.co.uk. For more information about Fusco’s of Whitby, visit: http://www.whitbyfishandchips.com/. 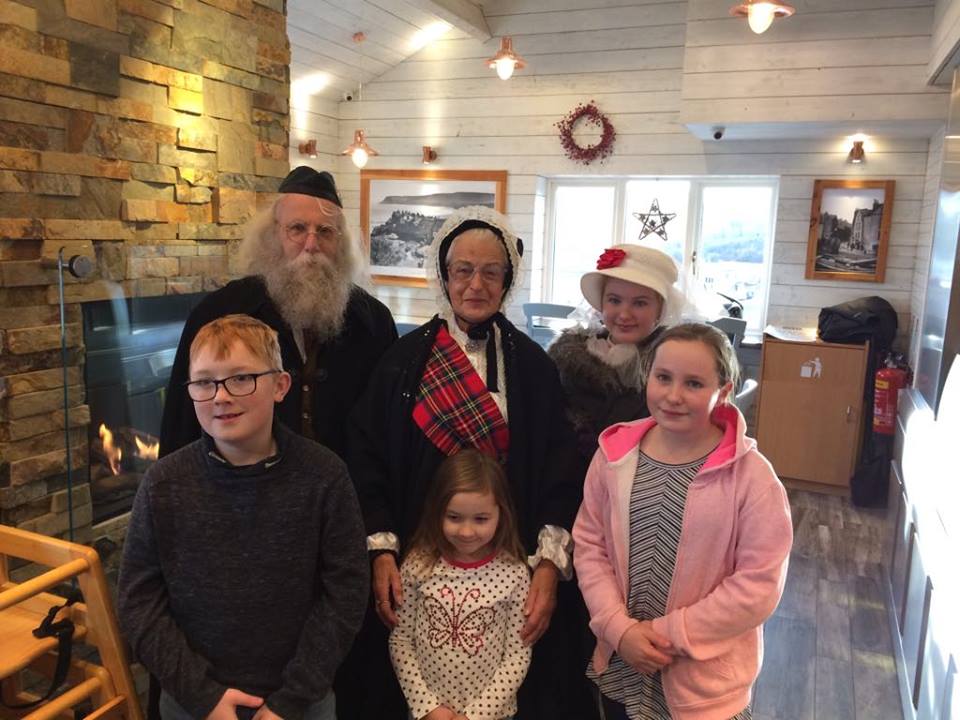