The UK's Top 20 Fish and Chip shops are competing for a place in the Top 10 as the results of the 2020 Draw have been revealed. Shops will now compete against one another in a round of in-house audits, with the highest scoring shops progressing to the next stage of the National Fish and Chip Awards.

The draw to determine the respective shops that will be judged against one another for the next judging stage of the Fish and Chip Shop of the Year Award, was undertaken at 11am on Tuesday 27 August 2019. Allocating a number against the name of each individual Top 20 shop prior to the free draw (with numbers 1 to 20 being allocated against shop names when listed alphabetically), the numbered balls were placed into the draw bucket, and the draw was conducted by Kelly and Tim Barnes, owners of Krispies Fish and Chips of Exmouth, Devon, the reigning UK champion shop in this award category, with proceedings being adjudicated over by representatives from Seafish, Craig Maw from the National Federation of Fish Friers (NFFF) and Ryan Baker, President of the National Edible Oils Distributors’ Association (NEODA).

The results of this year's Top 20 National Fish and Chip Awards draw were as follows:

The two shops competing against each other will now be assessed by the same judging assessor and the appointed assessor will conduct a detailed and in-depth judging audit of respective shops, including assessment of both front and back of house aspects of each business and the mystery tasting and testing of products. These shops will be visited by the respective assessor on an unannounced date, at any time between 29 August and 12 September 2019 inclusive. This judging stage will determine the overall Top 10 shops in the UK that will progress to the national final judging stage to be held in London in January 2020. 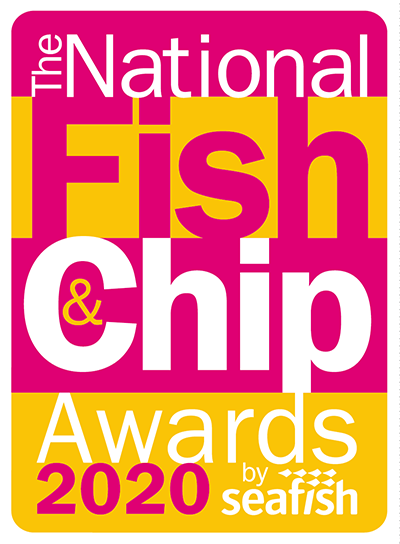