Consumer spending declined 36.5 per cent in April, yet some retailers continued to see growth despite social distancing

Data from Barclaycard, which sees nearly half of the nation’s credit and debit card transactions, reveals that spending on essential items declined by 7.5 per cent, which can largely be attributed to a 58.9 per cent reduction in fuel spend. Supermarkets, meanwhile, continued to see a boost in sales – climbing 14.3 per cent as Brits made larger shops and prepared more meals at home.

Spending on non-essentials fell by 47.7 per cent with travel, which includes public transport, seeing a decline of 86.8 per cent as much of the UK stopped commuting. Bars, pubs & clubs also contracted by 96.9 per cent.

Food and drink specialist stores – which includes off-licences, greengrocers, independent convenience stores, butchers and bakeries – were a bright spot, seeing 37.7 per cent growth. This was helped by Brits continuing to support local businesses, with more than half (57 per cent) saying the current environment has made them realise how much they value these stores. As a result, UK adults are planning to spend more in local retailers including butchers (27 per cent), cafés and restaurants (26 per cent) and farmer’s markets (23 per cent) when restrictions are lifted.

While overall home improvement and DIY declined by 42.7 per cent, it seems Brits are still taking advantage of this time to smarten up their homes and gardens, as online spend in this category increased by 26.5 per cent – accounting for 86.1 per cent of purchases. Digital subscriptions continued to increase in popularity with strong growth of 50.2 per cent. Online spend for eating and drinking – which includes takeaways – also saw growth of 24.6 per as diners treated themselves, while also helping to support local restaurants.

With many shops closed and much of the nation not commuting, almost nine in 10 UK adults (88 per cent) have saved money on everyday expenses since the lockdown began. Nearly a third (31 per cent) of those are putting the money into savings; 23 per cent towards their next holiday; and nearly one in 10 (nine per cent) are planning to buy their family a treat.

These savings may partly explain why the UK’s confidence in its household finances remains resilient at 70 per cent – a figure that rises to 85 per cent of those aged 55, compared to 58 per cent of adults in their late teens to early thirties.

Despite this personal positivity, consumer confidence in the UK economy overall has dropped to its lowest for at least six years: just 20 per cent of adults feel positive, representing a five per cent decrease from last month. Confidence in job security also declined to 42 per cent, its lowest level for 17 months, suggesting concern for the months to come.

Esme Harwood, Director at Barclaycard, said: “It’s been a tough time for retailers as consumer spending has dropped considerably under lockdown. There are some bright spots, though, as Brits have turned their focus online and looked to takeaways, digital subscriptions and DIY to keep entertained and occupied. A renewed sense of community may be welcome news for independent businesses, with a growing desire to support local stores in life after lockdown.” 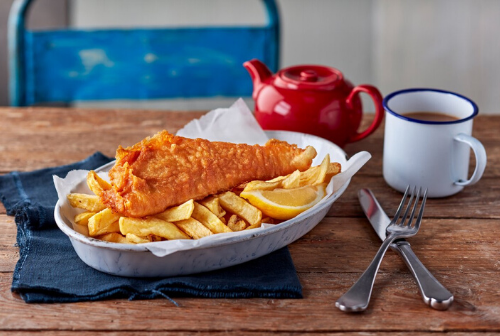