Chancellor hints at winter Eat Out To Help Out scheme

Chancellor Rishi Sunak has dropped a major hint that a winter version of the Eat Out To Help Out scheme could be on the cards “to get consumers spending again” after lockdown.

Sunak said there would be more measures to try and get people out and about again after encouraging news the UK economy grew 15.5% after the first shutdown.

He told Sky News: “We’ll talk about specific measures but, more broadly, I think it’s right when we finally exit this [lockdown] and hopefully next year with testing and vaccines, we’ll be able to start to look forward to getting back to normal. We want to get consumers spending again, get them out and about, we’ll look at a range of things to see what the right interventions are at that time.”

New stats from the Office of National Statistics showed a record economic bounce back through July to December. But the economy stayed 9.7% smaller than it was at the end of last year and, as new restrictions shuttered up shops and forced pubs to close, it is on track to shrink further.

The Eat Out To Help Out discount saw Brits get up to 50% off meals and soft drinks, up to £10 per person, from Monday to Wednesday in August.

The scheme is credited with getting the economy rumbling again as people flocked to restaurants, pubs and cafes. And when asked if a fresh version of Eat Out To Help Out could be rolled out to boost businesses after the latest shutdown, Sunak said he would be looking at similar economic measures.

Brits took advantage of the scheme more than 100 million times during August, costing the exchequer £522m. Sunak also slashed VAT from 20% to 5% for the hospitality sector, helping boost sales for restaurants.

Monthly GDP jumped 2.2% in August and was driven massively by Eat Out To Help Out. 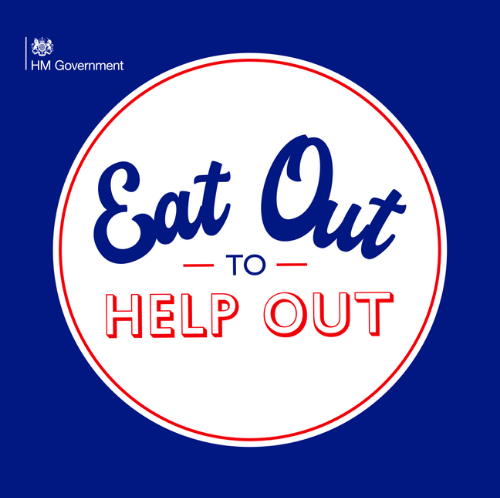