BUSINESSES JOIN TOGETHER FOR WHITBY FISH AND SHIPS FESTIVAL

With under a month to go until the first ever Whitby Fish and Ships Festival, preparations are underway as businesses and organisations across the town join together to help make the event a success.

Taking place on 18th and 19th May, the Whitby Fish and Ships Festival is organised by Discover Yorkshire Coast and a number of local businesses, in association with Seafish UK, a Non-Departmental Public Body set up to support the £10 billion UK seafood industry.

The event aims to explore everything that’s special about the Yorkshire Coast’s maritime culture and seafood industry, from the building of its boats to its multi award-winning fish restaurants.

A packed itinerary is in place for the two-day celebration, including cookery presentations on the Wharf by local and celebrity chefs, as well as a fish market and a range of demonstrations by local fishermen and fishmongers.

Businesses across the town are also getting into the spirit of things, revealing a host of exciting plans and nautical themed window displays and decorations. Fusco’s of Whitby, the company behind four of Yorkshire’s leading fish and chips restaurants and takeaways, for example, has announced that it will be holding a series of fun-filled, family-friendly activities at its three Whitby based businesses. 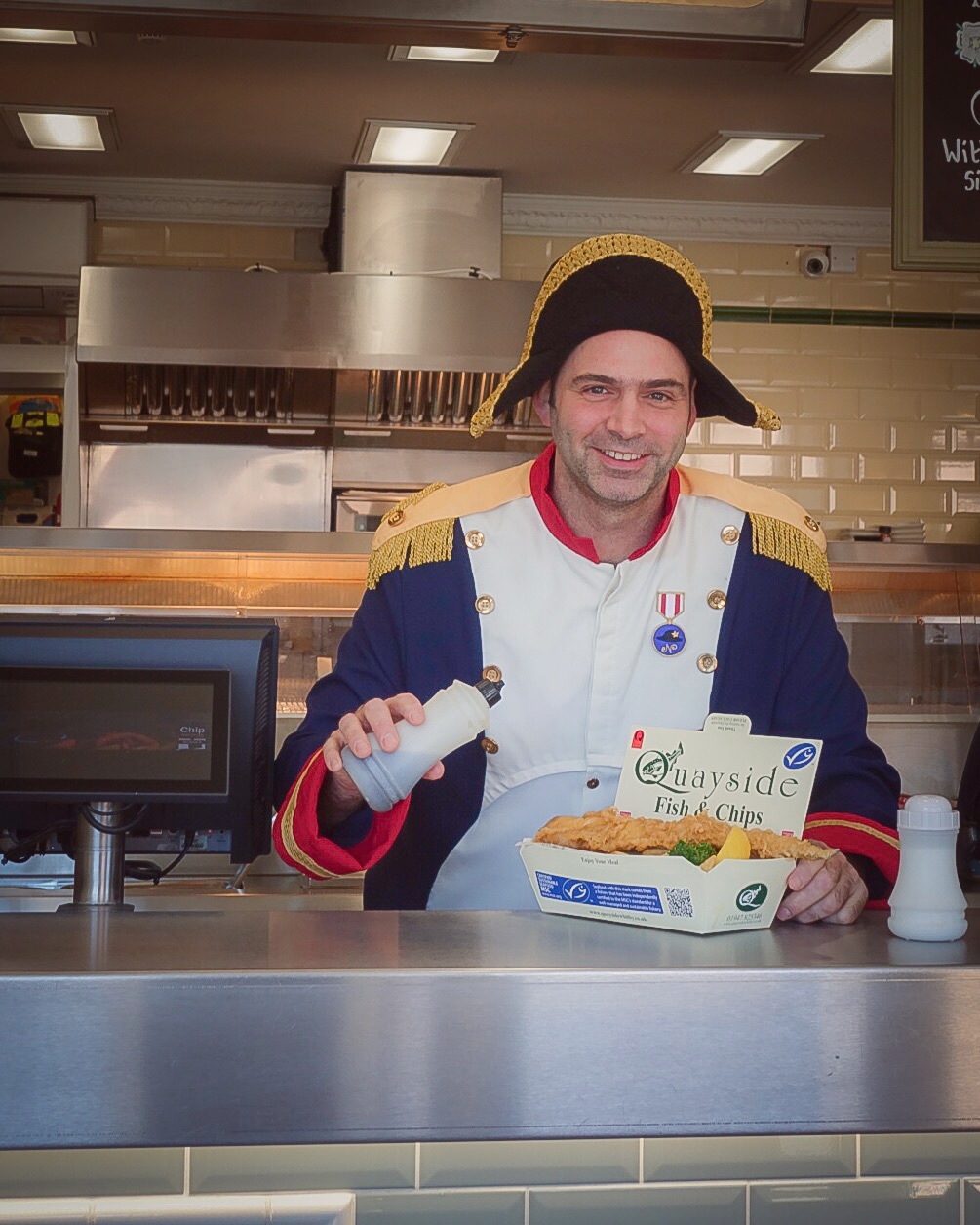 This year marks 20 years since Fusco’s of Whitby opened Quayside, and the company will pay homage to this during the festival with a special exhibition wall set up in the restaurant to share the highlights of the business’ journey. The teams at Royal Fisheries and Quayside will also be encouraging customers to try different species of fish by offering tasters, while diners are choosing their meal. There will also be sea shanty music played in the background, to create a fun, festival atmosphere throughout the weekend.

Fish Box will celebrate the sustainability of its produce with a daily exhibition focusing on the Marine Stewardship Council (MSC) between 10am - 12pm. During the event visitors can hear from a representative of the MSC and learn about the council, what it does and why it is important to the fish and chips trade. Children will also be given fun MSC stickers and other items, including information leaflets, to take home.

Adrian Fusco, of Fusco’s of Whitby and member of the event organisation committee, comments: “Businesses from across Whitby are working hard to make this event a huge success, there is going to be lots to do during the two days. It is great seeing everyone coming together to provide visitors with another fantastic reason to visit our town and celebrate Whitby’s traditional maritime culture and today’s seafarers.

He adds: “We are extremely excited to be taking part in the first ever Whitby Fish and Ships Festival. We’re proud of the part that Fusco’s has played in the history of fish and chips in Whitby and look forward to showing this off to visitors at the event.” 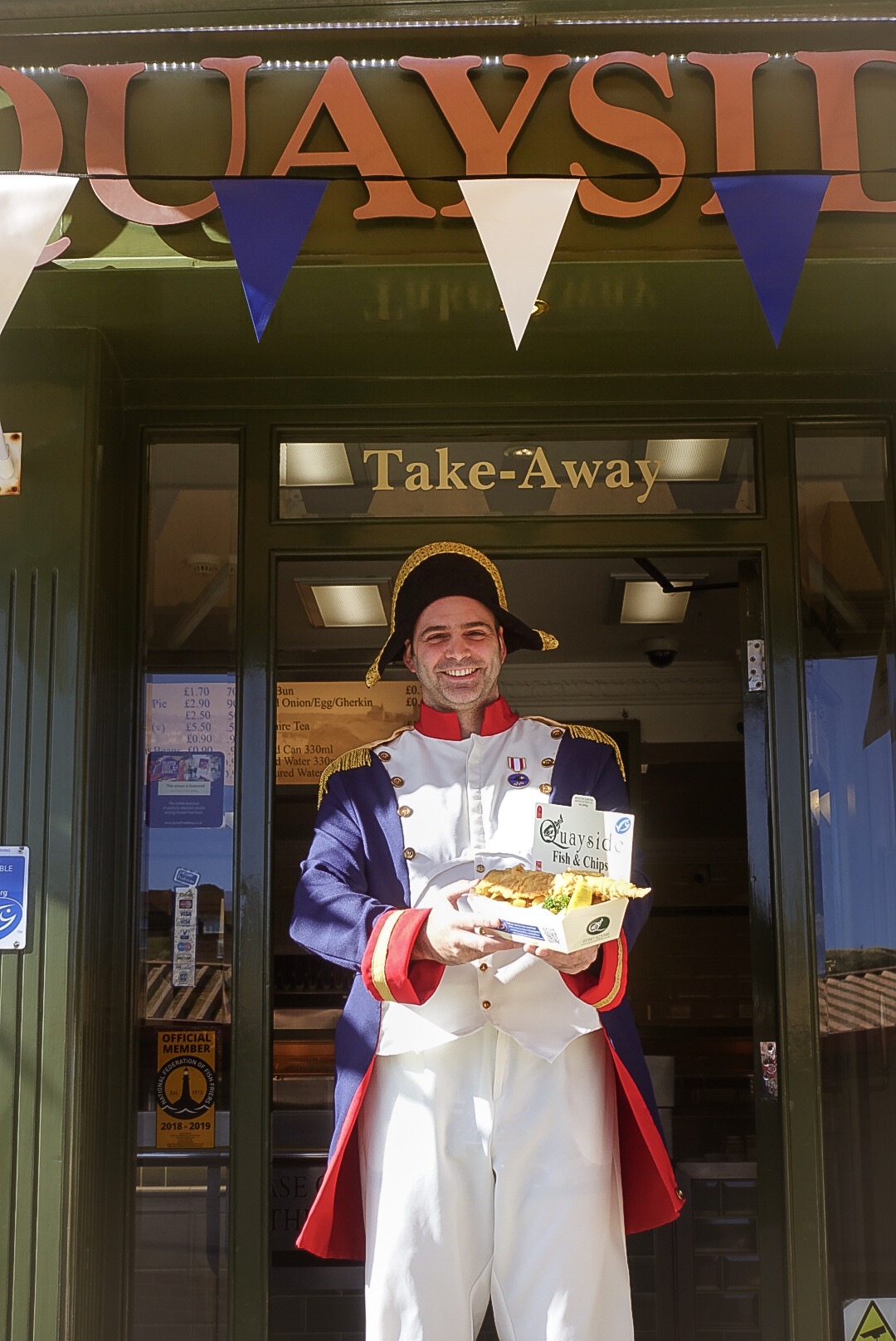 Fusco’s of Whitby will also be running a colouring-in and spot the difference competition for children over the course of the festival, with the chance to win a family meal for four people. Colouring sheets can be collected and submitted at any of the three shops in Whitby and the winner will be announced across social media at the end of the festival. All shops and restaurants will also be decorated with bunting and will feature the Fish and Ships logo in the windows.

For more information about the Whitby Fish and Ships Festival, including a full itinerary of activities taking place during the event, visit https://www.discoveryorkshirecoast.com/whats-on/major-events/fishandships19.aspx# 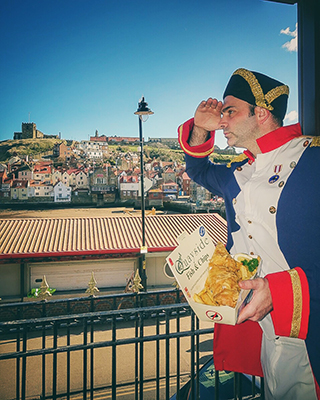